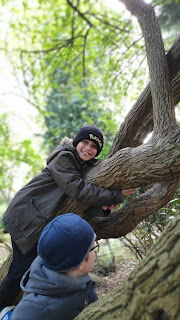 It is the autumn time of year when all the leaves looked beautiful wonderful colours except for those in my house which get brought in!

My last actual post was back in August I think, a long while back. 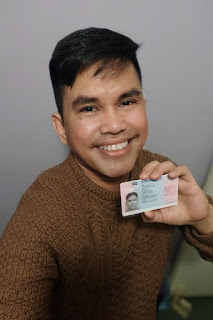 Since then, much has happened. I shall leave some details until later in the year.

Thank God Dennis was approved for the mid term visa, it only cost us around £3000 we didn’t have, thank you very much Theresa May (who introduced the charge and the increases).

My M.E. is just horrible. I know I should be used to it but, I don’t think someone ever gets used to it. There is a good argument for getting an electric car because I would need at least as many recharge breaks as it would! This makes me tired all the time to the extent my body actually doesn’t seem to know when I am tired or not so sometimes I can go asleep at nights and, more often than not, I can’t.

I can’t work any longer, sometimes in life we just have to be honest and admit that we don’t have enough to an employer to make it worth their while or, indeed, ours.

What have I been up to?

Lots of blood tests, not entirely sure why and nothing new was discovered. Doctors appointments, new meds and so on … I was able to get an appointment for ENT (next week) but only after mentioning legal consequences of them not giving me one. I am not able to get an appointment for my skin condition because the nearest specialist is now in Cambridge and I really just cannot afford to go all that way for what would be a great many trips to and from plus car parking! So that won’t get treated any longer. The sty on my eye burst a couple days back. It was causing considerable pain and it still is but it is also easing off … I am just hoping my vision returns to the usual level because it’s all misty and blurred right now. 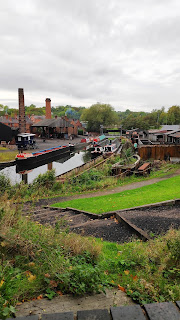 Paid a visit to the Black Country Living Museum with Dennis and Robin, a great day out. I had not been there since the kids were all little, 2002 to be exact but I don’t think it has changed at all.

Me and Dennis did our first 4DX movie in Rushden Lakes which we enjoyed loads. Not the best film ever but fun all the same.

Being November I am just starting to get that Christmas feeling. Not sure yet when the decorations are going up but I am edging toward December 1st seeing as it is a Sunday.

On November 30 I am getting a new car! It is true, I am, delivery miles only … thing is, it’s not mine, it’s for Zoey but at least I get a first play in it.

Plans for the future?

Yes, we do have some but are waiting until later in the year to make them definite so more then.

TV shows watched …. Swamp Thing, Living with Myself … my mind has gone a little blank … Marco Polo, erm, Some Roman thingy. Currently watching Peaky Blinders season 5 and Salem Season 3-4. I am sure there are many others I just can’t fish them from my brain.

Politics …. Another General Election. My view is that the Tories will get in with a clear majority but I really want a total change of government and will be voting for my local Labour candidate. If you follow me on Facebook you will know my views. In a nutshell, I cannot for the life of me see how any person with an ounce of morality would vote Conservative but then, the USA has Trump! Been following that too … his supporters are now saying that if he shot someone on 5th Ave then they would have to ask why he did before saying he did something wrong … it sounds sensible until you remember that Trump himself said that his followers are so loyal he could get away with shooting someone on 5th Ave and they would still support him.

That’s about it really, not much for 3 months!