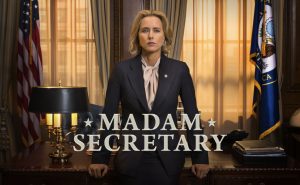 I do watch a lot of TV and mostly it’s passing some time. Every now and then a series comes along which captivates me. One that resonates with my thinking. Makes me ask how we could do better in life rather than accepting second (or worse) best of our lives and politics.
Let’s face it, few would argue that the elite of society, those born with wealth and privilege truly understand the life of those ‘beneath’ them. Whilst it may be true that money doesn’t buy us happiness, it is also true that it does make being miserable a whole lot easier to deal with! Therefore, how can people like the UK Prime Minister of the US President have any understanding at all of the everyday lives of the citizens of those countries?
With this program they dare to ask, what if someone in power made the leap and got to know the people, served the people and not just themselves and their friends? Wouldn’t the world be so much better?
Anyway, I sat through all six seasons over the past few weeks and enjoyed every episode. I was dreading the last episode, so many good series seem to shy away from a final conclusion to their story in the hope of one more season. Sure, there is a chance of a resurrection of this series but it doesn’t need to, we’re not left wondering what happens next. It was more a case of handing the baton over to the real world and see what responsibility they take with our lives. I personally don’t hold out much hope.
My only salvation is my chance to leave the UK when I reach retirement age and go somewhere else. True, the Philippines is terrible for corruption, true, they don’t (yes) recognise same sex relationships in law and that aspect upsets me but, though the government doesn’t do much for the people, those people who matter look after themselves. Families care for their elderly without question to the best of their ability and show respect. The young are raised with good values (mostly). I am eternally grateful to my sisters and how they cared for me when I got ill over there and I wasn’t even part of the family at the time, they were just lovely and mum was amazing and so welcoming and loving.
I love my family here loads but, I don’t really love my country any more. I don’t understand why racism is so rife and how it is swaying the decisions in politics. I don’t get how so many can vote for a party which clearly lives to very low standards of moral responsibility. How antisocial so many neighbours are toward each other. How policing is so underfunded so that many now live in fear of crime here. How our wonderful NHS has been so eroded that denying treatment to those in need is supported to save money, as though somehow one of the very richest nations on the planet cannot afford to fund a quality health services. How a nation has so little regard for the disabled and less fortunate in society that they vote for a party which consistently denies those with genuine need support and continues to blame the most vulnerable for the nations problems.

The UK did used to be different to how it is now, it used to be more pleasant to live in. I miss it and cannot see it returning to that in my lifetime.

So, back to the series. If you enjoy programmes about political issues it is worth a watch though, consider that Amazon expect people to pay for the last two seasons on top of their subscription. I am sure, like me, you can find a work around to that.