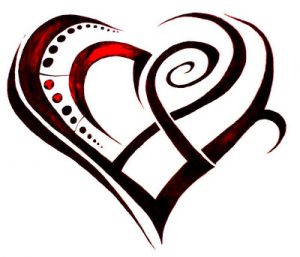 If I were to get a tattoo, it’d likely be something like this
True, it is unlikely I ever would get one but, if I did and here is why …
I am the guy who wears his heart on his sleeve. I am an open book, what you see is what you get and nothing complicated about it. Therein lies the problem. In this day and age and especially in the UK, genuine people are few and far between. There is so much dishonesty and deceit everywhere, especially online, that it is so difficult to trust anyone.
Then, we have ‘profiles’ everywhere which tell the world what we want the world to think we are. These things don’t allow room for individuality on any significant scale.  These things have to be filtered down so that we remain acceptable to the people around us and then we have to come across as likeable and interesting and, before long we have a fairly generic profile structure and we are loathed to be more honest in case it makes us look weak, turns us into that freak with issues, with baggage. No one wants to get cancelled out of the modern age, we have to play it safe.
As such, wearing our heart on our sleeve doesn’t work in 2020. We become vulnerable, we are perceived as weak and worse, as ‘up to something’. As though, no one can be genuine, something else has to be going on in the background. 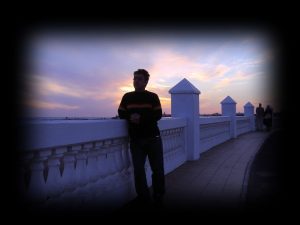 In my life I have experienced real sadness and loneliness, times of absolute despair, of grief and pain. This gives me a perspective on life. If I say “I know how you feel” I probably do.
As we go through life we meet people and they get a snapshot of us at that time in that place and their entire knowledge of us is based on the feelings they get at that time. They don’t know our background, they probably don’t want to know our background. This is ‘baggage’ and it’s not a popular topic but, with baggage comes wisdom.
I like many others have experienced my fair share of grief with the loss of someone or, several in my life. As a child I experienced years of bullying likely brought on by my inability to socialise. That in itself was likely brought on by years of female care whilst I was a very sickly child in and out of hospital a great many times. My father would have argued that all that female input turned me into a ‘nancy boy’ but, that’s one of those old fashioned attitudes I had to live with in my life. I have lived through and survived an abusive relationship I didn’t share. I have been raped too by a guy at one point, I don’t normally share that information. By so many people I have been emotionally scared.
Remember I said about the lives that others create for themselves? That’s one of the classic ways I have been hurt. Getting to know me people have turned to me for help knowing I could and would. Once they get what they want they then have to create a fake news story about me to distance themselves from the problems they needed sorting. I’ve been a victim of crime and ended up the one who got the blame for it and was visited by the police. Homophobic abuse to a huge level. I have been accused more times than I can count of benefit fraud and had to prove it did not happen many times over. I’ve had officials suggest it wasn’t appropriate for me as a gay man to take my disabled son to a toilet. I could write and write about all the negativity in my life but, that gets us nowhere other than to suggest I might actually know what I am talking about. 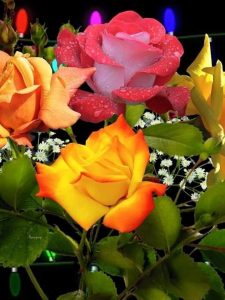 The reality of my life is that all the best flowers grow best in shit. To occasional enjoy the beauty in life I have to that knowledge firmly fixed in my head. Eventually, this shit will be the fertiliser from which something wonderful will grow.
Just look at this great times:

My mum, bless her, had died just three weeks earlier. Honestly, I was in no mood to get married but it seemed pointless to cancel it. We were expecting our first child and delay would make the whole thing ‘awkward’. Because of family infighting and some evil ones within my family we were denied the people I would want to see, the day was really quite the emotional disaster.
The following years moved along. I was mainly working, a short while as a house husband but mainly working. in 1993 we had a really bad road accident which could have been so much worse. The long lasting effect on me was the start of my depression, something I have never got over.
By 1995 the pressure of living as a gay man became too much for me and it marked the start of the end of my marriage. By 2001 it was all over. 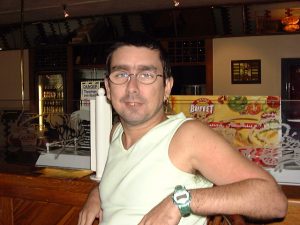 My body shape had wandered in and out several times but by the Millennium I was fit and ready to start my gay life … with 4 children, two of whom were very disabled.
I had a long term relationship which had a whole host of compromises attached to it, I think at the time I was living someone else’s idea of a gay life. Eventually for one reason or another this fizzled out in 2004
2006 I met someone else, we civil partnered in 2009 and that was dead by 2012. In the meantime I’d become a grandfather a few times over. 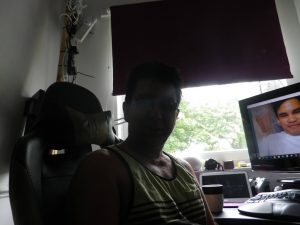 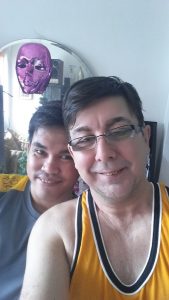 What I did not realise at this time was that in 2014 I had got a virus I didn’t quite recover from which led to me getting M.E. and I have been on a steady decline ever since. It’s an invisible illness though so, on the whole, most think I am a liar and make it all up. I can’t change that and regardless of what they think I still have to live with it albeit the extra help and understanding would be good. 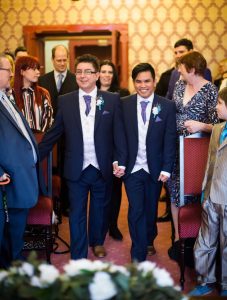 In 2017 we got married locally in front of many we love and care about. Sadly, some are no longer with us and they are missed every day. It was a wonderful occasion and I am so grateful for my good fortune.

That shit though? Yes, I am in shit loads of debt now, debt I will never clear as things look right now, a constant worry. My health makes me watch my life go by unable to enjoy it like I used to.
Look, to get here has got a whole lot of fertiliser used.
This is my heart on my sleeve. I can tell you that being there for others is rarely reciprocated, it’s a terrible life investment but that’s me.